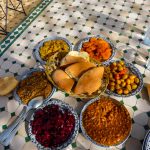 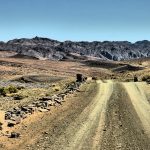 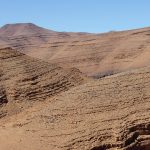 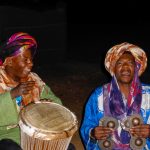 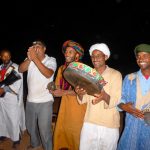 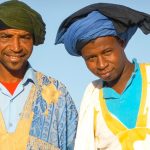 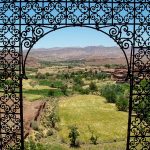 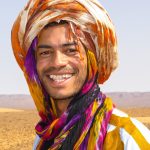 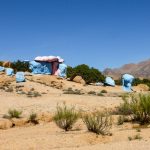 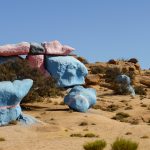 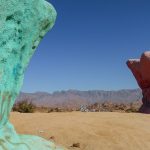 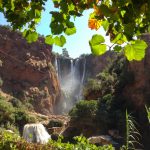 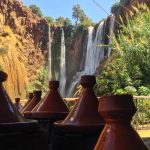 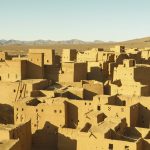 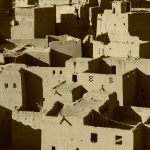 Telouet – one of the most historic places in Morocco

On the way from Marrakech to Ouarzazarte, turning left off the national road a few kilometers past the Tizin Tichka pass, after about 30 km you will reach a recently well paved road through the Onila valley along the former Karawanan route from Timbuktu the Village Telouet.

It is located in a high valley at about 1900m, and forms the center of about 45 small Berber villages, which are grouped around Telouet, which is dominated by a mighty Kasbah, similar to the Potala in Lhasa.

Anyone who wants to understand Morocco should have dealt with the history of Telouet. Here in the High Atlas a piece world history was written. It all started in the early 18th century as devout Imams came from Saudi Arabia to the high valleys of Morocco along the Karawanan routes to the Berbers, who until then practiced rather mixed forms of Islam and their archaic religions. These Imams were teaching the Islam in pure form and and they introcuced the practice of the Sharia law. Thus, in Telouet, an imam named Glaoui settled down with his family and soon became respected as a teacher and judge. The Berber villages often fought each other and it was about water and grazing rights. With the Sharia, which the pious Glaoui Imam represented, for the first time an orderly legal system was practised in the high atlas and much bloodshed was prevented. One day, at the beginning of the 18th century, the sultan of the Alaouite dynasty returned from his pilgrimage in Mecca with a caravan and was surprised by the onset of winter in Telouet. There is a three-day hospitality law in Islam, which is a kind of guarantee for survival in the desert regions. Everyone has the duty to take travelers for a maximum of 3 days and to feed. One is even not allowed to ask from where the stranger comes and where he goes. However, the sultan was stuck with his entourage for several weeks because of the onset of winter. Since the sultan himself was of Arab origin, and because he shared Arabic roots and the Arabic language with the Glaoui Imam, the imam served as a mediator between the sultan and the villagers, and provided the sultan and his entourage with food and shelter. Before his departure, the sultan gathered the elders and made himself known as their ruler and asked the Berbers if they would accept the imam as their chief. The imam was highly respected everywhere, and so the inhabitants of Telouet agreed and the sultan appointed him a pasha (region sovereign). This was not entirely altruistic, because the Sultan instructed the Glaoui Pasha to secure the important caravan route to Timbuktu and build 1000 Kasbahs (clay castles) and Ksars (fortified villages) along the trade route. In return, the Pasha was allowed to collect duties from the caravans, which eventually helped the family to immense wealth.

The caravans transported gold from Timbuktu saffron, slaves, silk from China, spices and salt from the nearby single salt mine in the Maghreb. (8 km behind Telouet to visit nowardays, attention – very bad slope left of the road going out). The caravans exchanged salt for gold – the word Salery, Salar, French Salaire for reward still testifies to the tradition of balancing gold with salt and paying the salary for salt, since salt was essential in the days when there were no refrigerators for the reservation of food.
The second generation of the Glaoui family was also highly respected. The Imam was also Pasha and a just ruler who dominated the caravan route to the deep south of Morocco. He built a second kasbah, this time not of clay, but of stone. However, with the third generation, the Tami Glaoui, who was born in 1877, power turned into dictatorship across the entire south of Morocco. With incredible cruelty and iron hand and an army of black slaves Tami Glaoui established his power monopoly in the south and achieved with other lords from the Atlas in 1953 the exile of the rightful sultan Mohamed V and his son Hassan to Madagascar. Here, the French came into play, allegedly at the request of, Sultan Abd El Hatif (since 1908 in power) on the occasion of the 2nd Morocco crisis in 1911 that weakened Alaouite Sultan in the fight against his Berber opponents. This led to the treaty of Fes in 1912, with which the French secured the protectorate over large parts of Morocco with the task to give the country a new infrastructure, education, law, traffic and health system on the French model. Parts of northern Morocco and Western Sahara came under Spanish protectorate, and Tangier gained international status. Incidentally, from 1880 to 1914, European nations fought for power in Africa. France, which already had Algeria and other countries as colonies, eventually had to settle for the protectorate, but increasingly treated Morocco as a colony. This in turn, especially shortly after the Second World War, brought to life the Moroccan independence movement ISTIQLAL (still a party in Morocco), which was also supported by the rightful sultan, Mohamed V. It is basically due to the sultans that Morocco never became a colony. Abd El Aziz, who came to the throne in 1900 at the age of 14, and his brother Abd El Hatif, who deposed him in 1908, had to make painful concessions to the French and Spaniards, as Morocco was deeply in debt and economically at an end – but fortunately it never became a colony. To maintain its power, the French have collaborated intensly with the Glaoui Pasha, who also became Pasha of Marrakech. In his concentration camps in the remote Agdsz he “disposed of” freedom fighters and persons who did not suit the French, and so in 1953 the legitimate sultan was exiled at the behest of the Pasha and with the help of the French, which only strengthened Morocco’s independence movement , Politicians like Charles de Gaulle and Churchill, as well as celebrities such as Charly Chaplin, Majorelle, etc. made a pilgrimage to Telouet and dutifully bowed to the Pasha, who led from here a cruel regime over the South. Like the Shah of Persia he was courted on the international stage. At the coronation ceremonies of Queen Elizabeth in London he was given f.i. a Rolls Royce. He had the first hydro-powered electric generator on African soil and the first cinema in Africa was constructed in his kasbah. Finally, through the activities of the Moroccan Liberation Movement, the international community was unable to ignore the human rights abuses committed by the Glaoui dictator, forcing the French to bring back the legitimate sultan Mohamed V in 1956 and drop the pasha.

Presumably, everything was already well prepared by the international community, because within two weeks all the kasbahs were abandoned by the widely ramified family of the Glaouis and deprived of their immense wealth, which had accumulated over the centuries. The Glaoui family had disappeared from one day to another and today the offspring are still living under different names in San Tropez, Florida or at other high society hotspots. The lawful Sultan Mohamed V gave an epoch-making speech on 16 November 1956 on the occasion of the return from exile, which began with the sentence: “Slavery is abolished, all people in this country are equal and free, Morocco gets a new parliamentary constitution …. “He expropriated the Glaoui family and distributed the land among the former serfs. He forgave the Glaoui Pascha, who at that time already had end-stage cancer, in a generous gesture. The name Glaoui, however, is still burdened with a skin gout in Morocco and no funds are flowing into the restoration of the kasbah, which it desperately needs.

Tami Glaoui built one of the most magnificent buildings in Morocco at the beginning of the 20th century. More than 300 of the best craftsmen in Morocco and Andalusia worked for more than 3 years alone on the interior, which is even more splendid and artful than that of the Bahia Palace. So this kasbah is an absolute “must” for Moroccans interested. My friends “Mohamed Ramon” (tel +212 6 97 37 50 08) and Rachid, themselves descendants of the Pasha’s slaves, are available for a detailed and entertaining tour of the castle.

This website uses cookies to improve your experience while you navigate through the website. Out of these, the cookies that are categorized as necessary are stored on your browser as they are essential for the working of basic functionalities of the website. We also use third-party cookies that help us analyze and understand how you use this website. These cookies will be stored in your browser only with your consent. You also have the option to opt-out of these cookies. But opting out of some of these cookies may affect your browsing experience.
Necessary immer aktiv
Necessary cookies are absolutely essential for the website to function properly. This category only includes cookies that ensures basic functionalities and security features of the website. These cookies do not store any personal information.
Non-necessary
Any cookies that may not be particularly necessary for the website to function and is used specifically to collect user personal data via analytics, ads, other embedded contents are termed as non-necessary cookies. It is mandatory to procure user consent prior to running these cookies on your website.
SPEICHERN & AKZEPTIEREN